Race PostMortem : 2nd attempt at UTMB/OCC and request for advice

In 2016 I attempted OCC for the first time and made a couple of newbie mistakes that probably lead to my first DNF on this course: 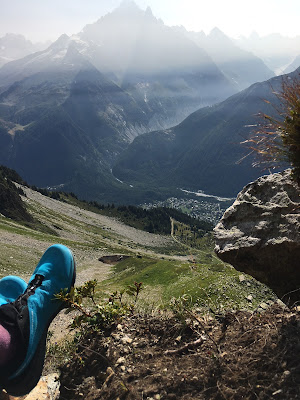 You can read all about that attempt here.

I trained for two years, learned from the first failed attempt and tried again this year.   I almost made it but an old foe came back which was the dreaded nausea problem I sometimes have.  My friend Jake (of Hike It Like It fame) recommended I writeup a post race report not so much to account how beautiful Chamonix valley is (it is) or how infectious the village gets race week (it does like no other race event) but more a clinical account of the race with the hopes that someone can chime in who has personal experience solving race nausea, so I could someday finish OCC.

So here is a description of the race from and environmental, mental and replenishment point of view.
The race starts in the Swiss city of Orsieres at 8:15AM and according to the village temp/clock it was 20 deg C (68 deg F)
My checkpoint times, hydration, food and supplements 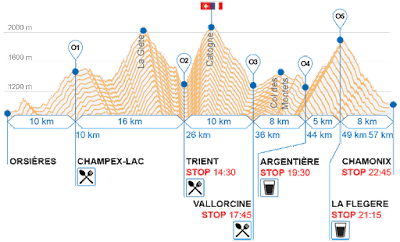 
PPost race – had steak and potatoes for breakfast.  My stomach is fine within 12 hours of rest.
Posted by Scott Noack at 2:43 PM