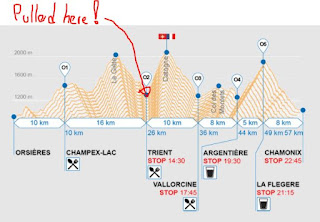 I'm in for UTMB/OCC 2018!  I'm both excited and terrified at the same time.  Two years ago I also got in, was all prepared, took many photos and videos before during and after the and and got cut.  You have no idea how it feels to be on top of the world - literally - then hear you are being cut because you didn't make the aid station cutoff time.  I'm going back much wiser from not only being cut but because I knew one of the factors was not giving myself enough time to recover from jetlag.  I'll be trained, have the cutoffs stamped on my arm and won't be taking any videos nor photos on course!

Here is my post from Aug 28, 2016 a day after I was cut from OCC because I wasn't paying attention to cutoffs.

Enjoy the photos at the end and can't wait to see everyone in Chamonix in a few months!!

Ok, why am I posting just one photo and one video of many from today's race in Chamonix? The photo on the left that pictures cows with big-ass bells on their neck that you can hear a mile away and picture on right of the 'sisters'.
I just finished climbing a big-ass, rock covered ascent when I came across cows just hanging out eating and playing music with their bells. I was so exhausted and intrigued by that patch of pastoral panorama I just sat in the grass, took videos, pictures then a short nap.
After the nap the AS guy points at me and says one word 'last' in English then wishes me a good race in French. I had no idea what he was talking about but set off down the mountain to next AS. When I get within 100m two woman come up on me hard and just tacked me even after I waved them on. They replied in heavily accented French that I was their 'special guy'. I still had no idea what as going on. Then as we made it to the flats they invited me to share a glass of wine with them. I'm in Switzerland after all why not?
We arrive at an old building and I ask what are we celebrating and they reply in unison, 'your departure'. Your cut!
They were the 'Sweeper Sisters' and I was the lass guy on their mountain who wasn't going to make the cut off.
They were the nicest most friendly sweepers I've ever met. And if you're gunna get cut because you are not watching your cut off times these are the ladies you want!
Enjoy the Cow Bell orchestra! 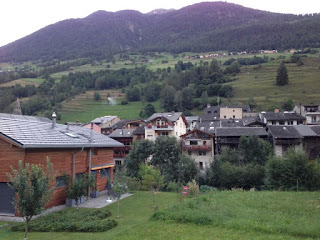 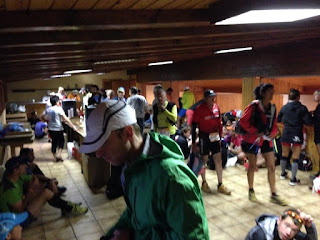 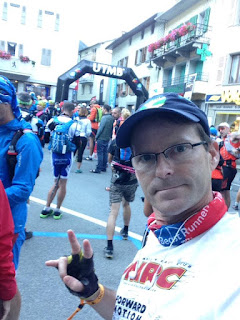 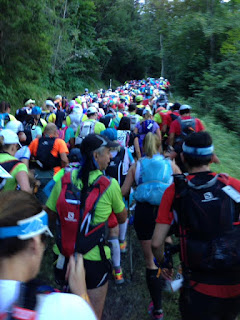 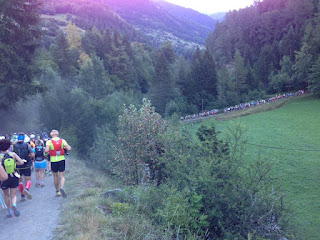 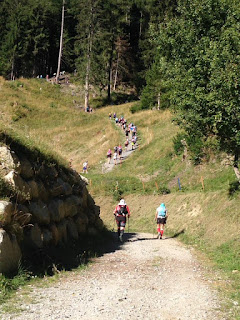 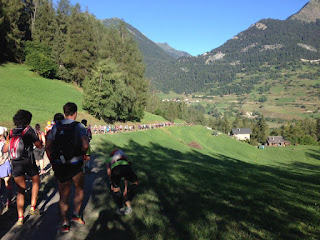 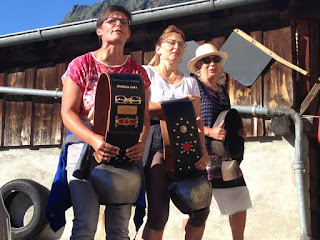 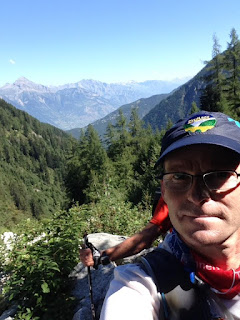 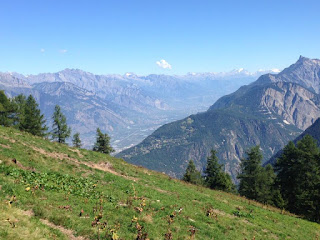 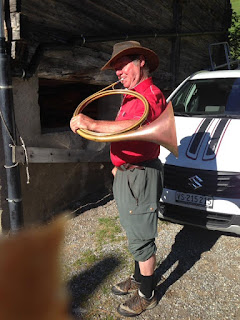 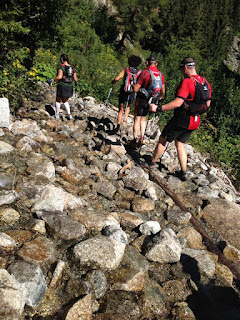 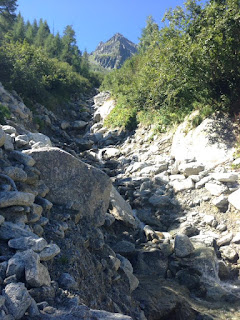 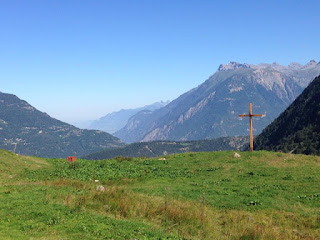 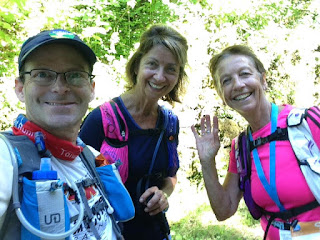