I was one of those that bought the Skechers GoRun (GR) 2 when it came out and loved it.  So when it came time to purchase a replacement set I was shocked to find that they have been discontinued.  Fine you say, just find the 'next' generation that replaces it.  Well, that is easier said than done because Skechers has a million different models now and it is not exactly clear which replaces the GR2!

Overview of The Skechers 'GoRun' Shoes in this Roundup


I've read in some threads the following Skechers running shoe lineup in terms of cushioning from 'minimal' to the left and 'maximum' on the right:

Read more »
Posted by Scott Noack at 6:27 PM No comments:

Be forewarned that this race report will be rambling account of what turned out to be not merely a training run for my first 50 miler but the biggest trail challenge I've ever faced and the first I should have DNF'ed. [DNF = Did Not Finish]

Day Before Race Day I left work early around 3PM for an uneventful two and half hour drive from Pleasanton to Auburn and managed to get to the running store to pick up my bib with 15 minutes to spare. There were a couple of people manning a single table in the back handing our bibs, talking about the pasta feed at Auburn Ale House and chatting about the race. The Auburn Running Company is nice store with all the trail porn you'd expect for running store with moto, "The Endurance Capital's running source". The store even had the latest trail shoes by Atria which you rarely get to see at other running stores. However, I wasn't there for the pasta feed but to meet up with my mentor and his family at a nice restaurant named Joe Caribe known for pulled pork tacos, enchilada and beer. We chatted about the rather hot weather, the fact that one side of the highway coming in was on fire (not a good omen) and what the weather might be in the canyon the next day.

Product Review : Finding the right trail shoe to support how you run

OK, so we are not actually going to review a particular product but rather have an open discussion about finding the perfect marriage of shoe to runner. Below is my collection of running shoes I've built over the last two years.  Can you spot the trend? 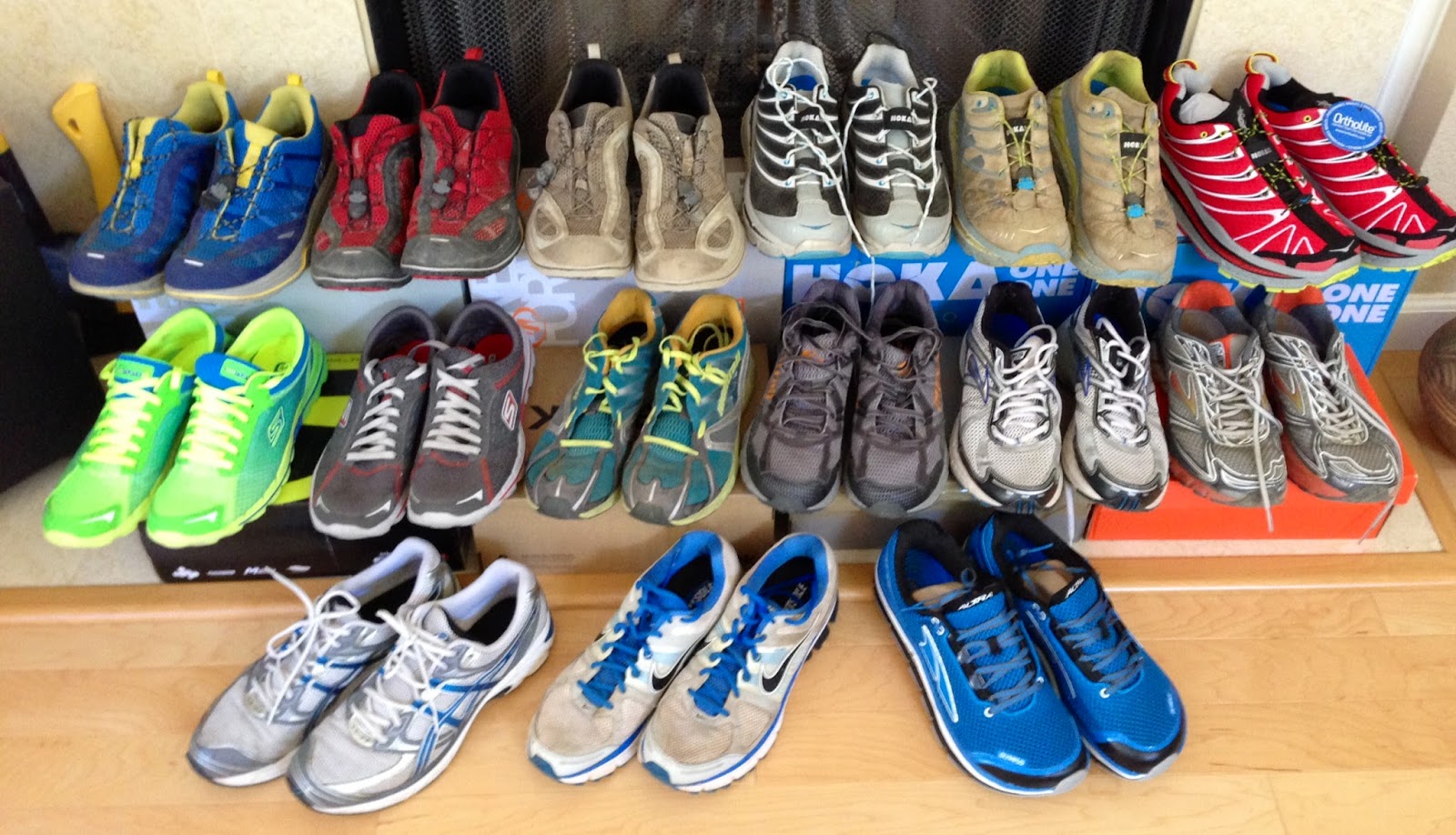