In a previous post, I mentioned my appreciation for Northern Bay Area locals giving me the grand tour complete with tips and tricks for surviving a Dipsea run.  In that case it was a Double Dipsea training run from Mill Valley (MV) to Stinson Beach and back.

Last Sunday, June 8th, I joined nearly 1500 other runners for the 104th annual Dipsea race.  The weather started unseasonable warm and got warmer.  Here is what I learned from actual race day.

The race officially started (for some) at 8:30AM and according to my smart phone was around 65 deg, and  forecast was high of 90.

I had contacted the race organizers days before requesting advice on where to park on race morning because downtown MV just doesn't have much (non-metered) parking. I was advised to arrive before 7AM and park just outside of down town around Bueana Vista Avenue off Throckmorton.  I'm happy to report that I did as instructed and had no problems finding residential parking within 3-4 blocks of the start. 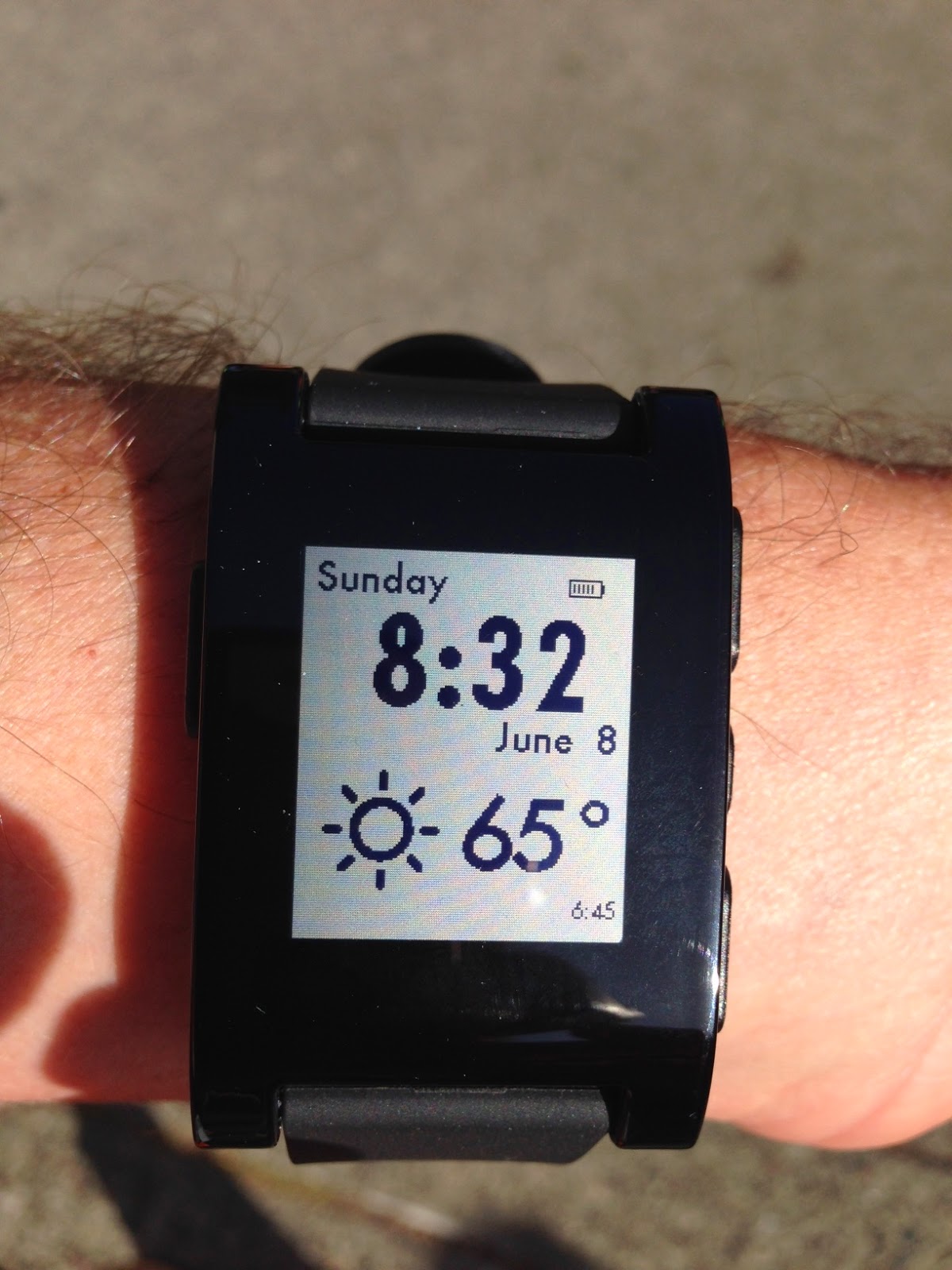 The race as you know now is a handicapped race where in my case as an open (non-invitational) runner, male 45-47 age group I started in the 'W' section with 4 minute handicap at 9:18AM.  From 7AM till my start at 9:18AM I had a lot of time to grab some breakfast, have coffee, chit-chat with runners (from all over the US and beyond) and take a few pictures.

Here is selfie looking at the start block as runners would come towards you.  There was a large crowd cheering each group and the announcer did a fine job joking with regulars and indicating unique facts about many : youngest runner, runner that hasn't run the race in the most number of years, oldest runner, longest running streak, so on and so forth. 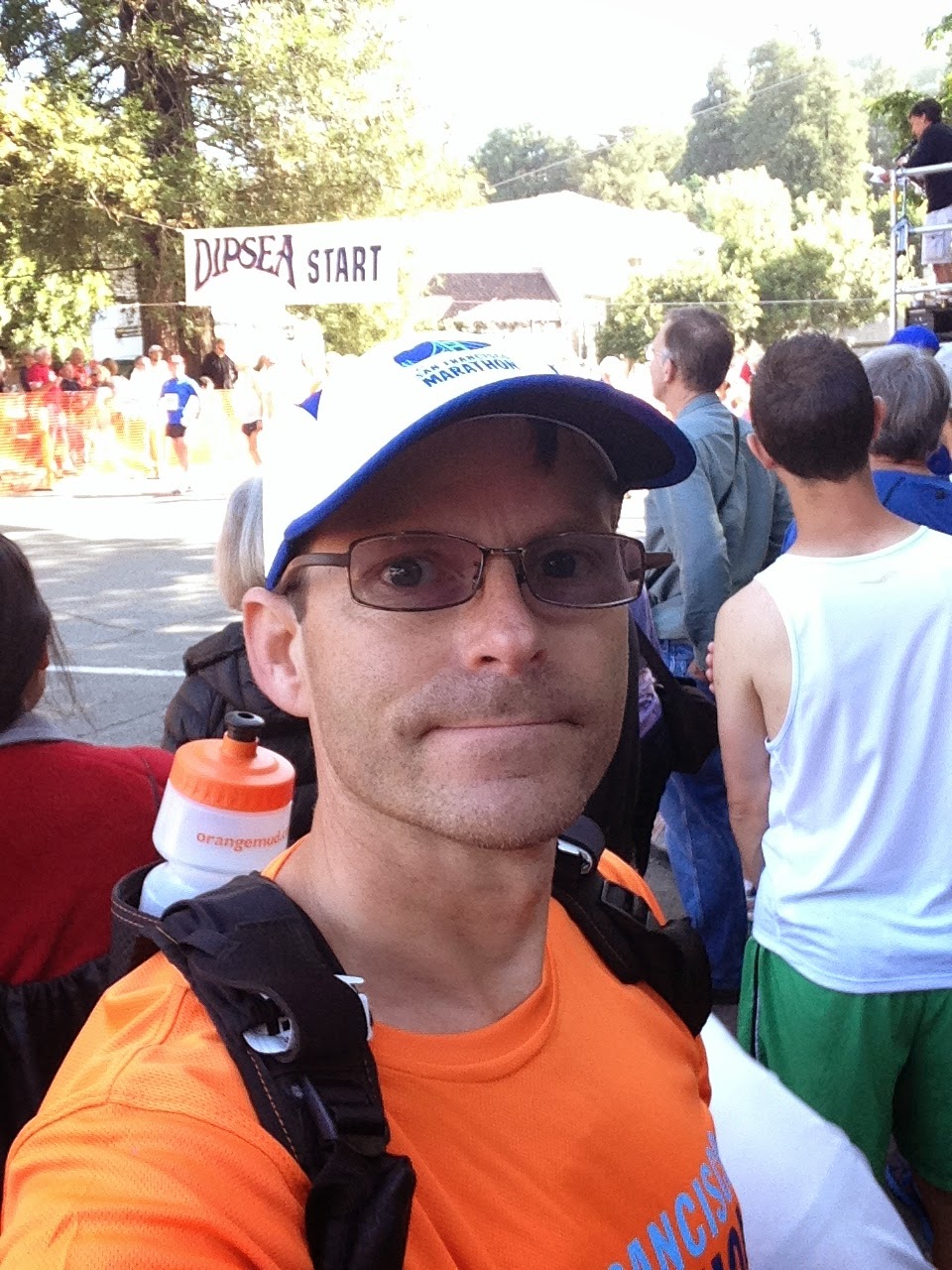 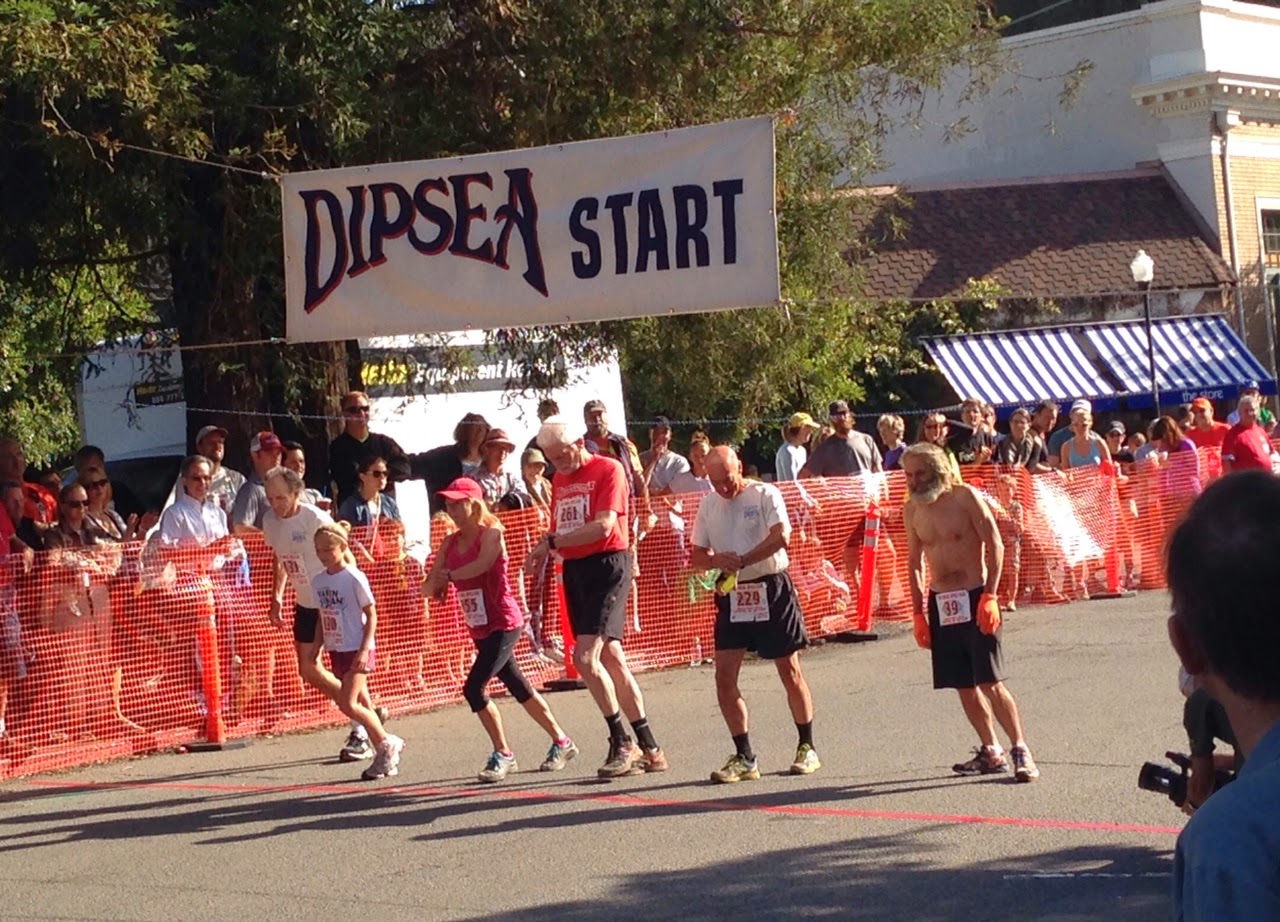 The picture above was invitational and the little girl on the left was the youngest of the race...6 years old?

In the picture below, the youngest boy and last years winner in bib #1, Mrs Fitzpatrick. 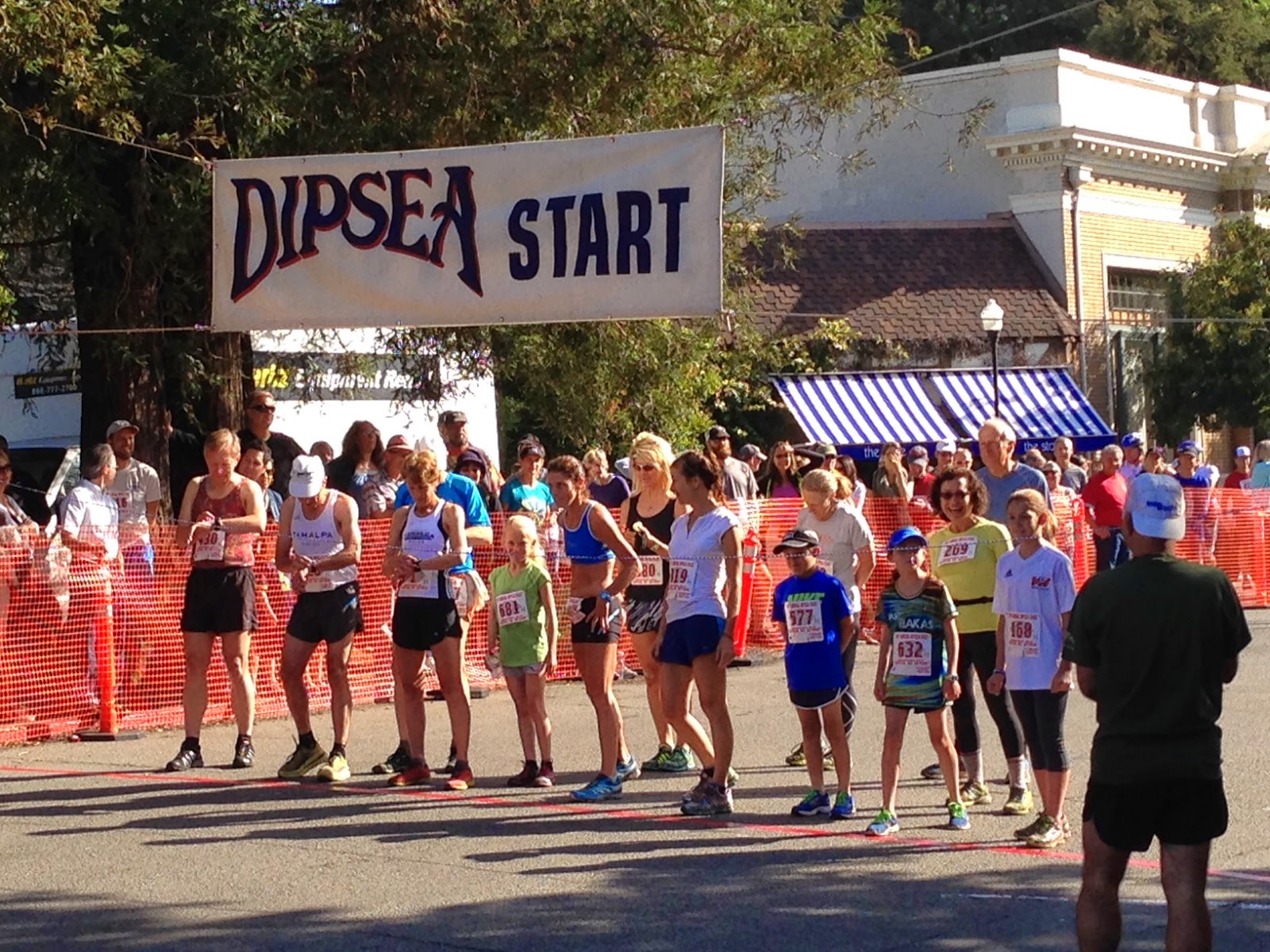 I don't have any pictures from the race itself because it was crowded, hot and I was just trying to keep from tripping on the person or rock/branch in front of me.  Here are tips and tricks from the training run that proved very helpful:

Here are a few other tips I applied on race day:
After all the hard work, it was really nice to pass the finish line and pick up your bling.  The Torpedo was not supplied by the RD (will have to talk to them about that) and I had brought my own.

There was a bus waiting when I finished so after a stroll through the finishers area, downing a water, picking up my clean clothes from my sweat bag I had checked in at the start, I got on the bus and chit-chated with other finishers.  The bus ride is a winding road back so be patient. Met one guy that ran a 1:13 last year and only ran a 1:16 this year mostly likely due to the heat.  He said he was light headed after the midpoint and it never really cleared.  Heat is tough on the body so be prepared. 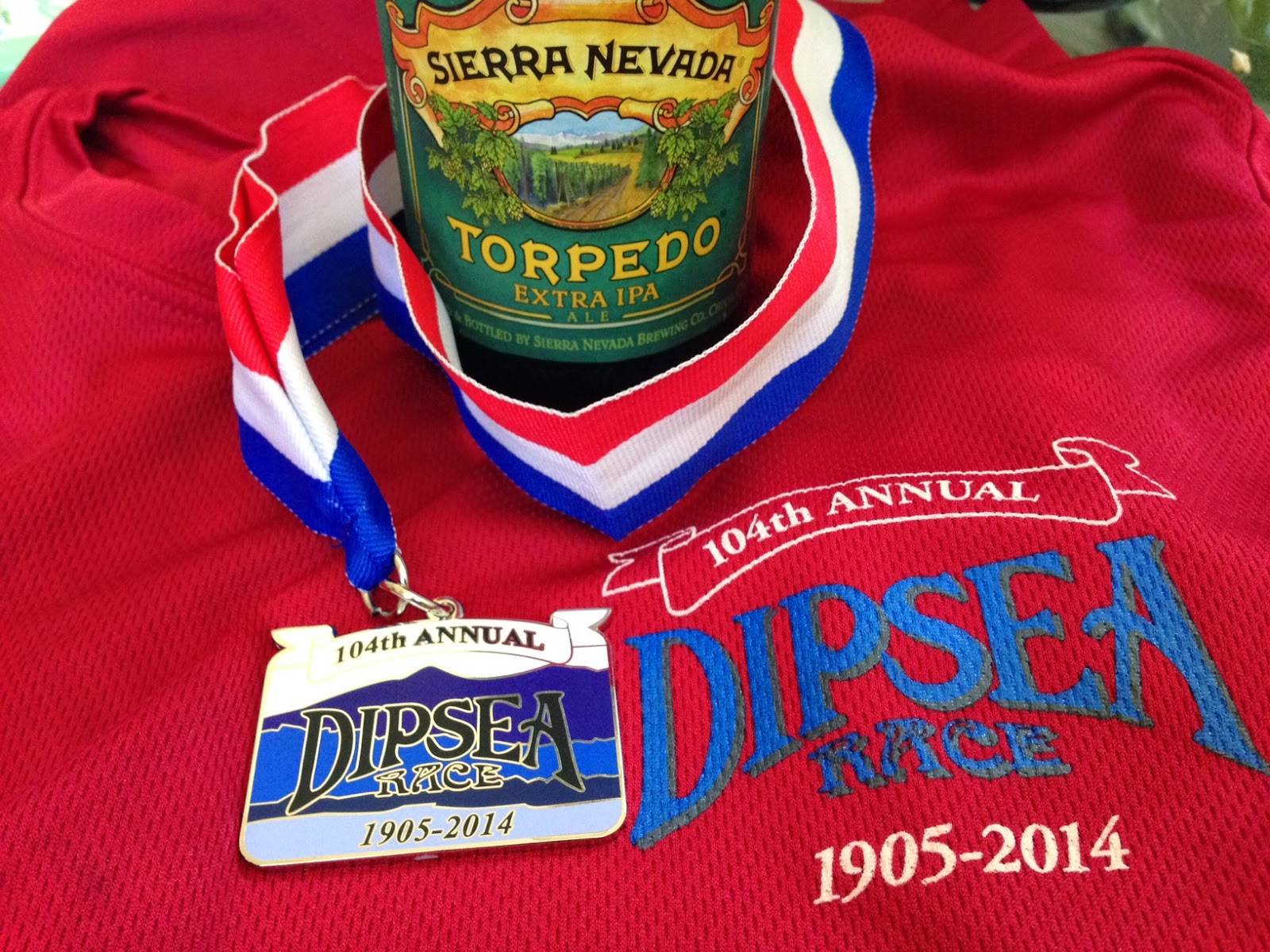 My running time was 1:37 but with handicap was 1:41 hours.  Very close to my training run of 1:44 and fine with my time given the heat, crowded course and short-cut slowdowns due to injured runners. Of course I'd love to come back some day and bet my current PR.