I know many people who have done at least one relay in their running life, but I certainly wasn't one that could relate to 'them'.  The thought of being in a van for hours on end to run 'just a little bit' of a race, the sleep deprivation, and chaos of it all was just a turn off to me.  That is of course until I did one.

I actually didn't sign up for the race and became a team member when one of the 12 that make up a relay group dropped out at the last moment.  I was days away from starting out on a 27 hour adventure and had no clue what was coming or really of what was expected of me.

The relay I ran May 3rd and May 4th of this year 2014 was called The Golden Gate Relay and 12 runners take turns running 'legs' from Calistoga to Santa Cruz : 198 miles!

The relay is also unique in that the start team is staggered so that the slowest (reported) teams start first, fastest last so more or less everyone ends up in Santa Cruz at roughly the same time.  Our start time was 12:30PM since we were relatively fast.

Being the newbie and was given the honor of doing the very first 'leg', the course is decided into 36 very uneven legs.  A leg could be 3 to 10 miles and from mostly flat to steep up hill. Luckily there were a couple veteran relay'ers in our van that had done more than 12 races so knew the course and when to park the van where to exchange runners.  To an outside person it was pretty chaotic and overwhelming at time.  But fun. 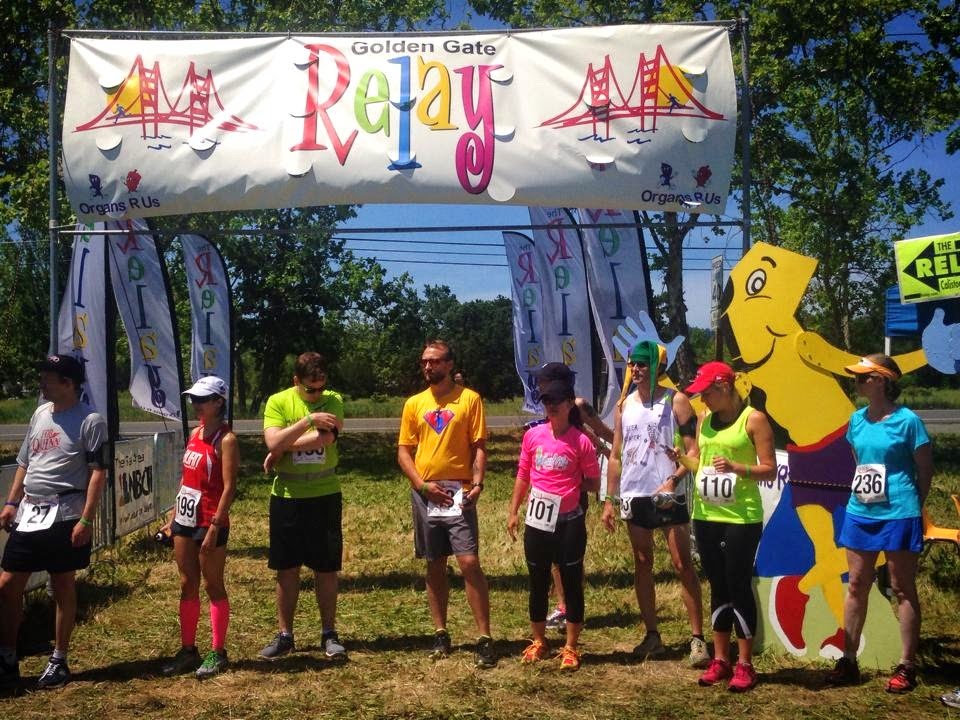 Again there were 36 relay hand offs where you would transfer the wrist band from one runner to the next as quickly as possible.  Getting from one spot to the next, finding a decent parking spot was a dark art at times. 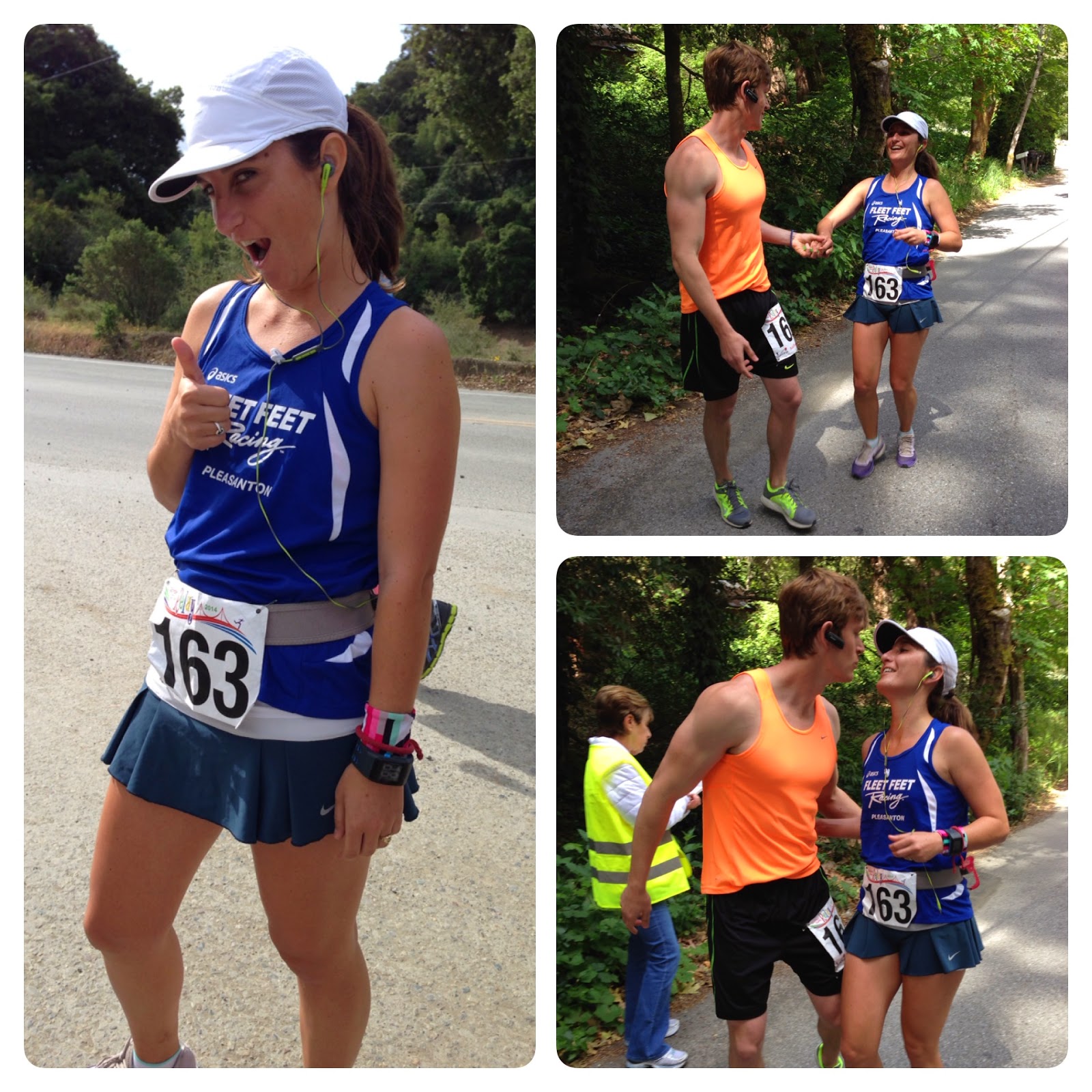 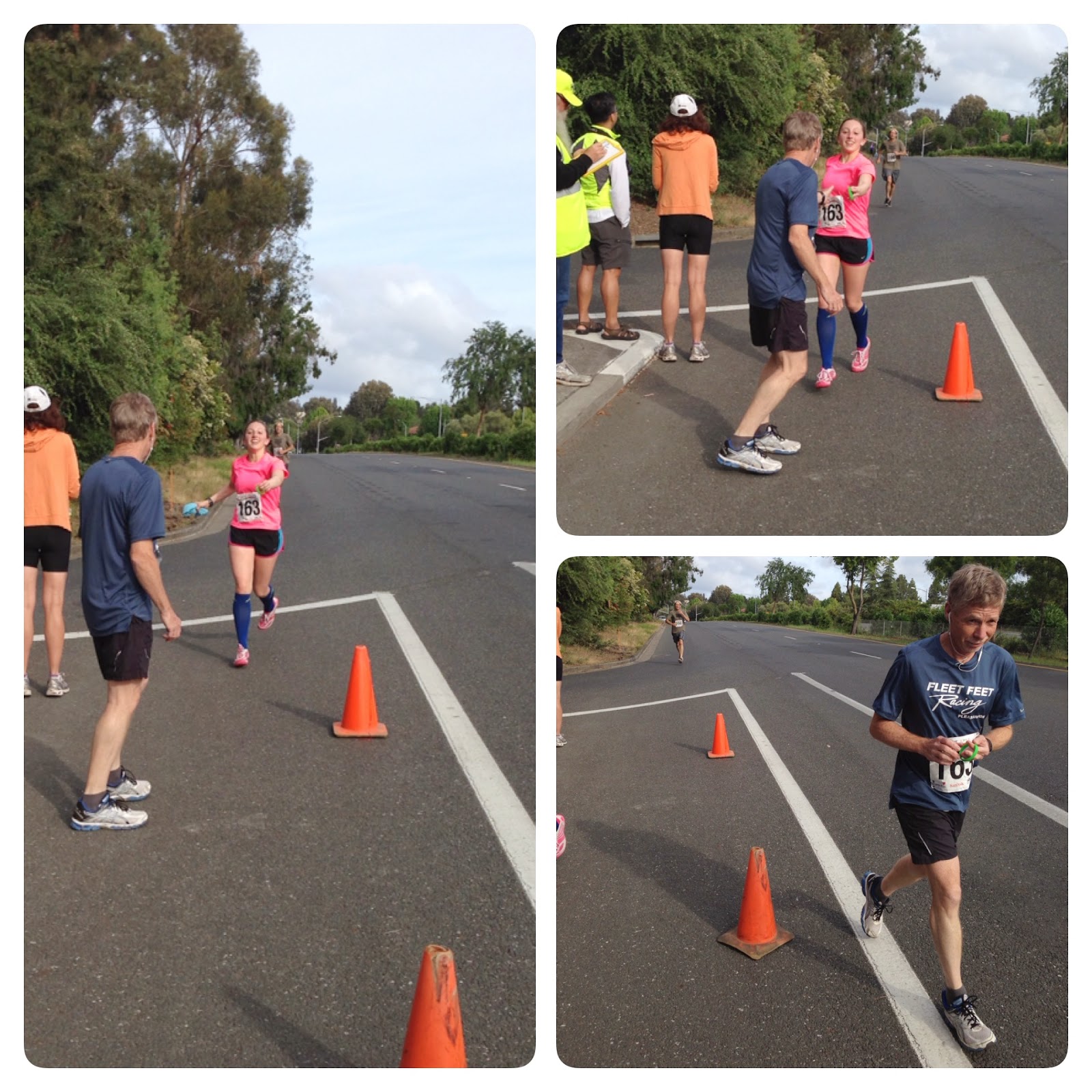 Fellow 'beer chasers' taking a rest from chasing beer to enjoy Napa and wait for our runner to come in.  You would simply write down their clock time, jump into the van and off to the next stop. 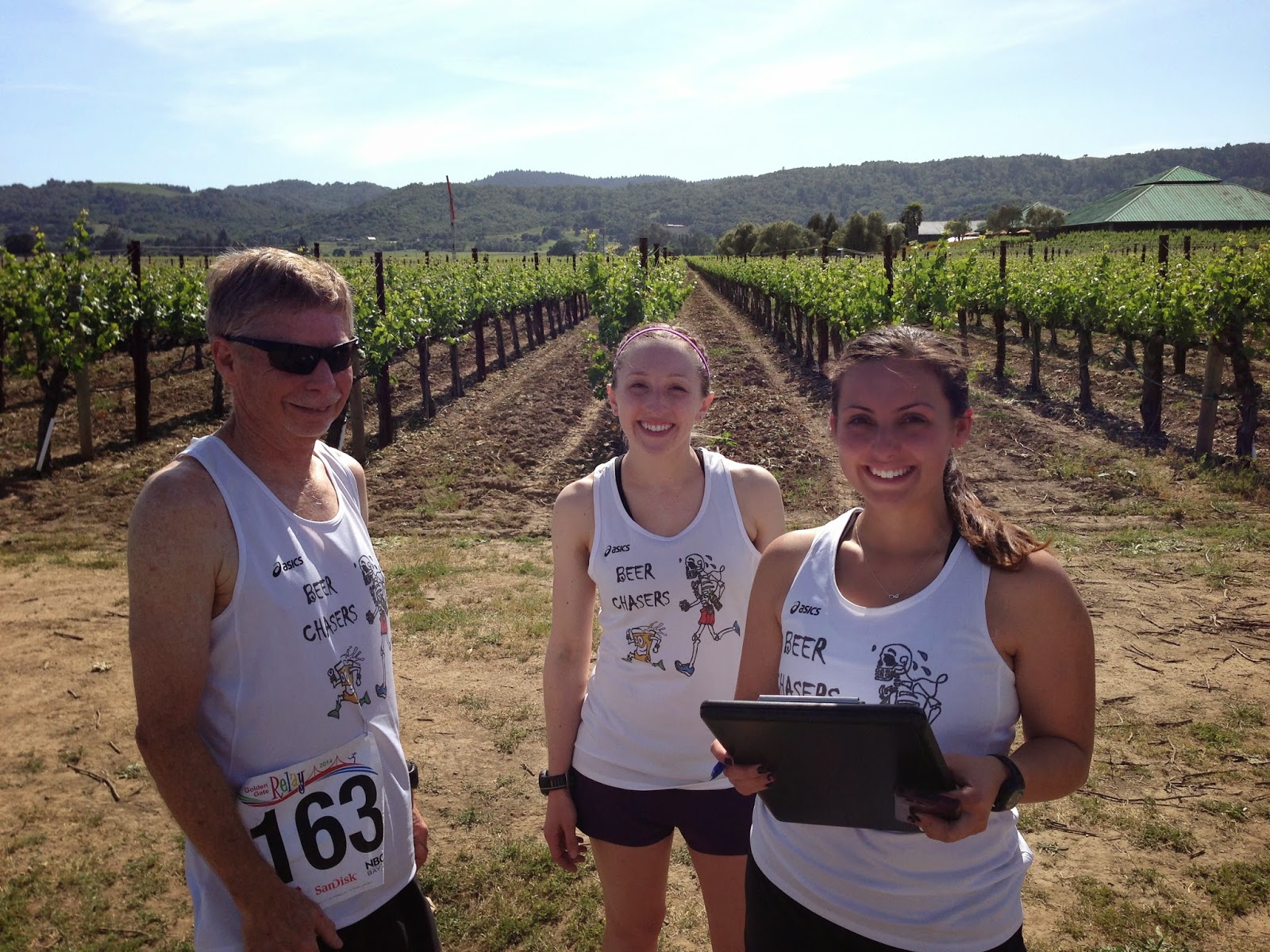 Eventually, we made it to our first van exchange were we would get a chance to 'sleep' a little bit.  After piling into the van we made it to Canada College, showered and 'slept' in the Gymnasium.  By sleeping I mean we were able to lay horizontal but because of all the door slamming and fellow running shinning their cell phone lights in other peoples faces it made actually sleeping almost impossible.  But, a hot shower is a hot shower! 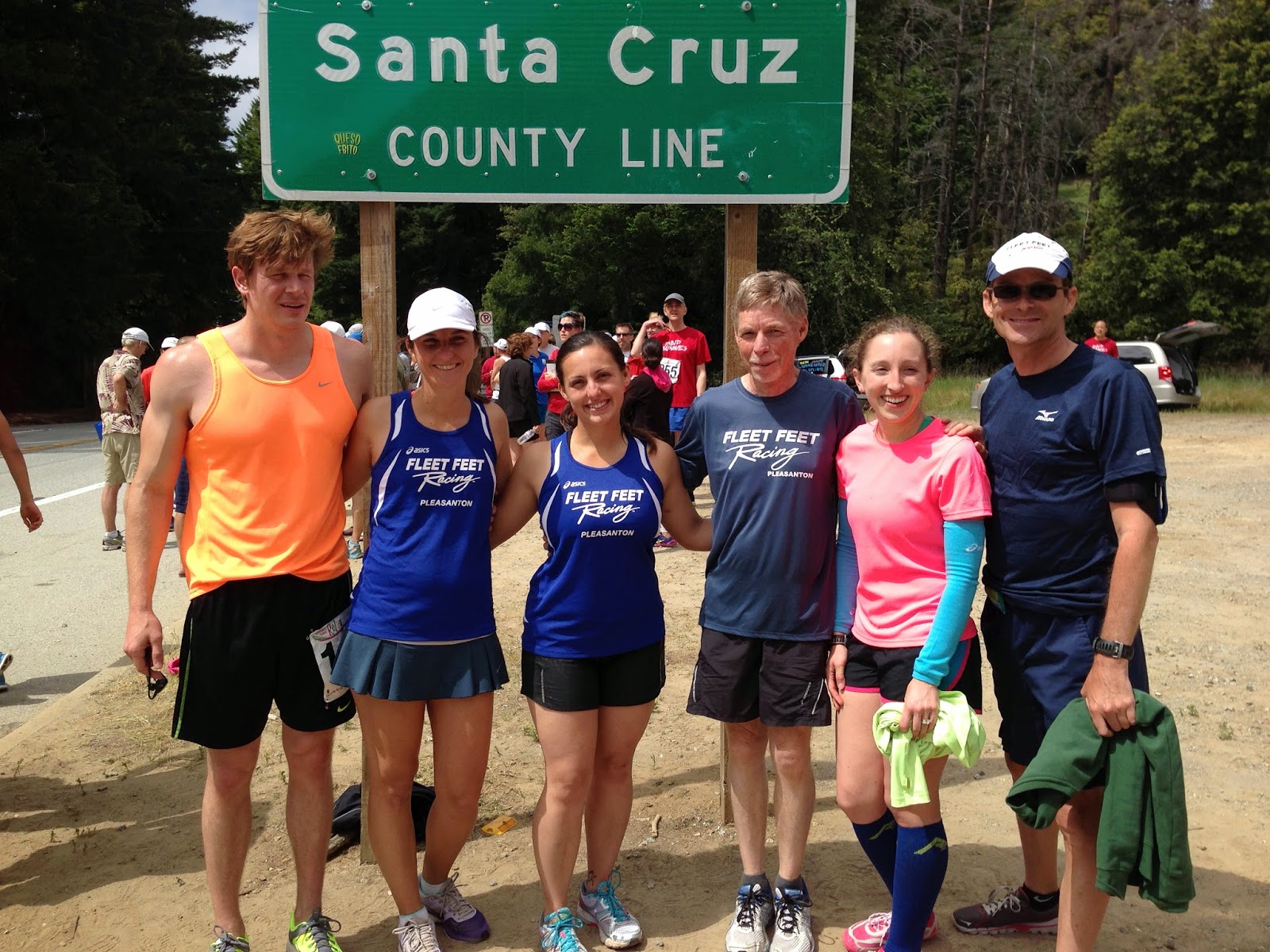 Night transfers were the hardest of course.  The one below was at the SF end of the Golden Gate bridge and we had to circle twice before we found the correct exit.  Or, maybe it was sleep deprivation that was rearing its head? 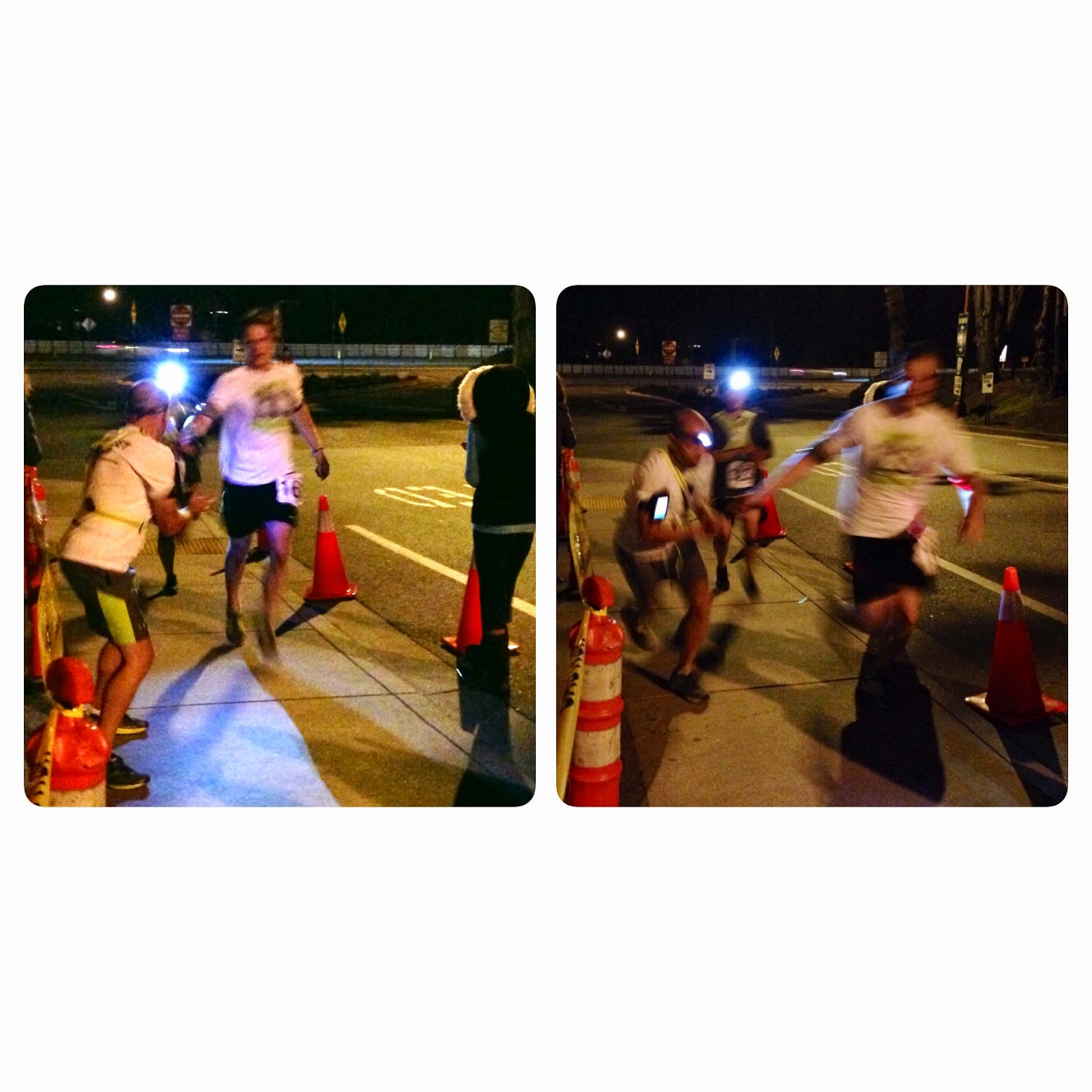 Van #1 finally made it AND we had someone who knew the area so we were able to get some yummy street tacos then hang on the beach until van #2 arrived. 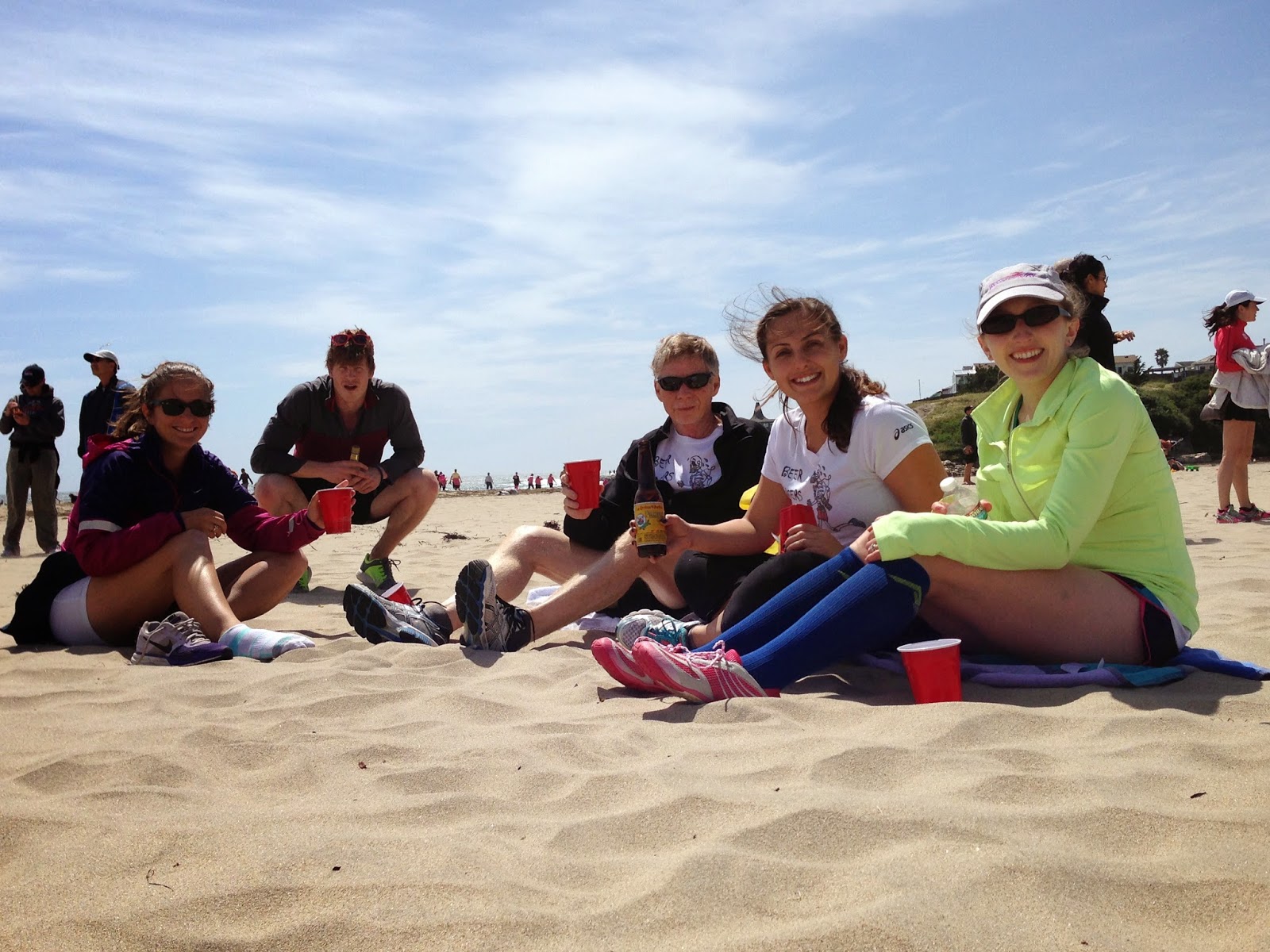 Here is a group shot of the entire team (Van #1 plus Van #2) very happy that we made it and at 57th out of a total of 187 finishes we felt pretty good. 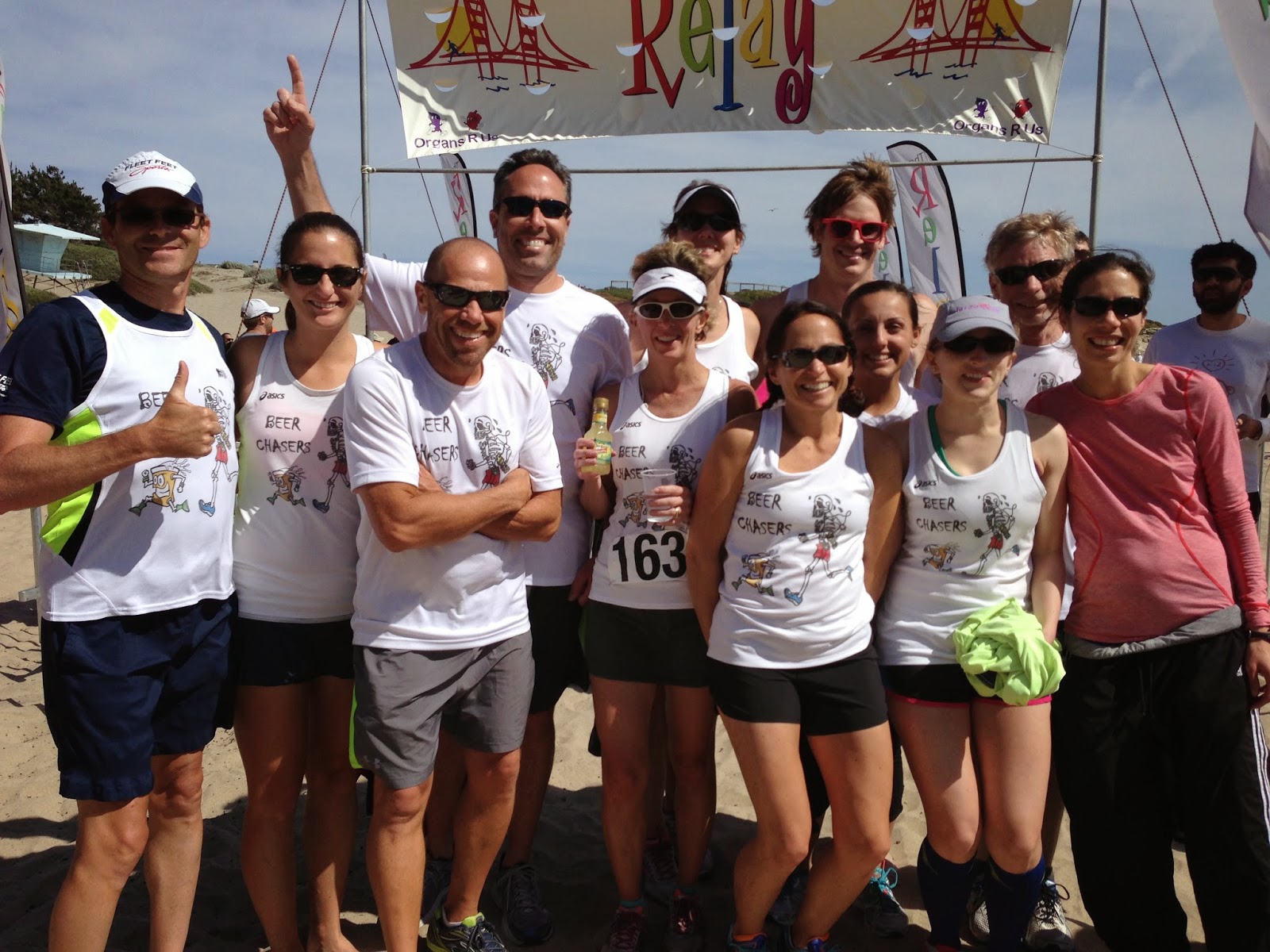 Here is a short video of the finish.


A relay is a crazy race full of twists and unexpected turns, you will be sleep deprived, have flashbacks to college life and enjoy every hour of it!  I would indeed do another relay just not just yet.