My very first half marathon (HM) race was ran whilst I was in a Stockton FleetFeet half marathon training program for the St Joseph's!  It was the second annual Fallen Peace Officers Memorial Run held in Modesto.  Some highlights of the fast and flat race were: bagpipes, mounted patrols, a gargantuan American flag held up over the finish by two fire engines and motorcycle policeman manning the routes.  For a second annual race, it was surprisingly well organized.  There was plenty of food and water at the finish including hot dogs.  There were six aid stations thorough the course.  Directions were clear.  And the course  was made somewhat more interesting by weaving in and out of Modesto Junior College, a local arboretum and some nicely tree lined neighborhoods.  I didn't even know we had redwood trees in the Central Valley?  There was also a kids short race where children had to 'catch the crook' then got to take their photograph with the thief.

September in the Central Valley is hot and was one of many lessons I learned about long distance running is to research your race, dress accordingly and hydrate!  I finished the race in a very slow 2:25 minutes, was hot and sweaty and had small blisters on my feet because I simply didn't have enough running experience nor properly fitted shoes.  Was fun a fun local race and if I did it again I think I would run much faster. 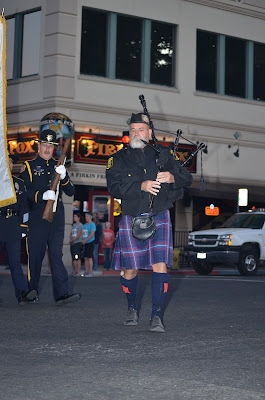 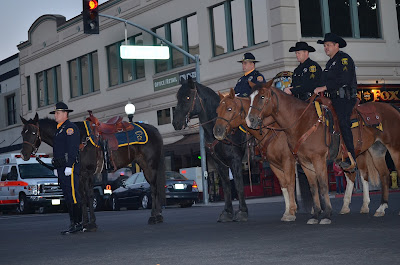 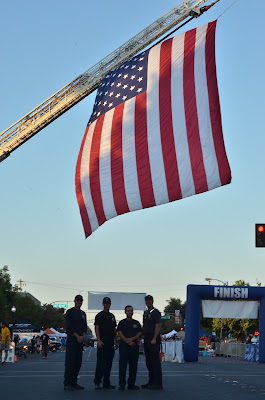 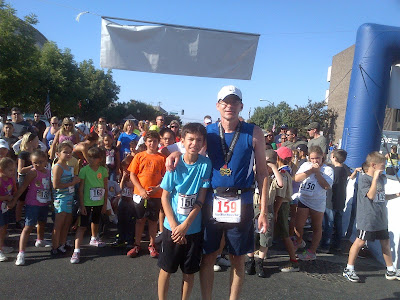 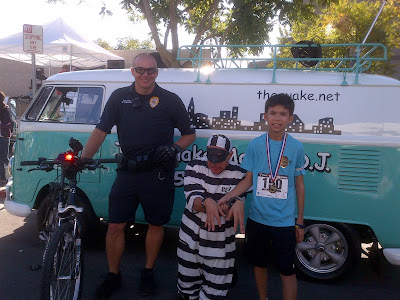 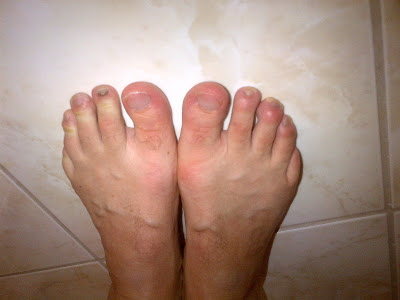 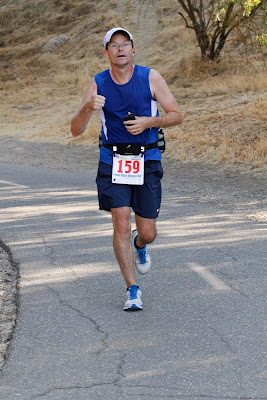