The Brazen Racing New Years Eve race is actually part of a 'Marathon' broken up in two where you run the first half in one year and the other in the new year.  However, I was only able to get the family together to run New Years Eve.  From the attire below, December in Castro Valley wasn't cold but it certainly wasn't warm and there were a lot of gloves, double layers and beanies. 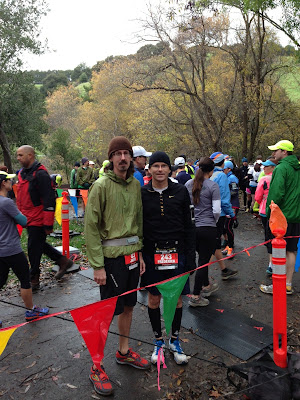 Here's a pic in the last mile.  It had just rained the days leading to race day but not on race day. However, the trail was slippery, there were gun shots going on in the back part of the course near the shooting range and several fallen trees to maneuver around and sometimes over. In short, it was a really fun race. 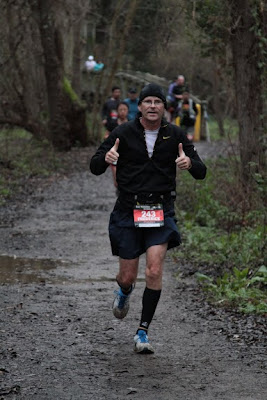 Group shot with the crew. We all had a great time and my eldest son on the left medaled on his 5K. 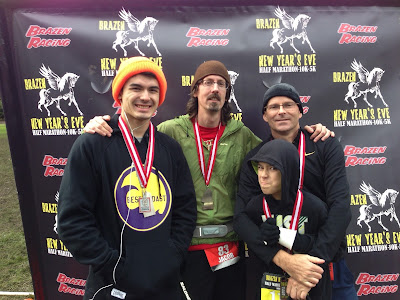 Was one of my slowest half marathons on record but also one of the funnest.  Definitely planning on doing it again this year. 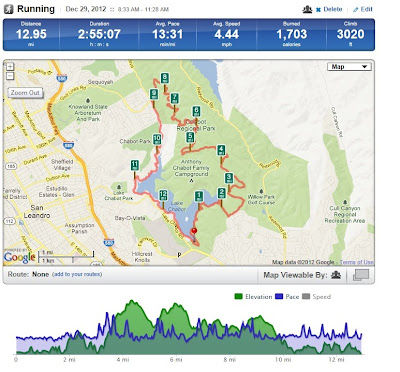