In mid March of this year (2013) I did a really stupid but fun thing.  After completing the Napa Valley Marathon in Early march and before I learned I'd won free registration to run the Oakland Marathon, I signed up for Brazen Racing's Badger Cove Half Marathon in Del Valle, Livermore. In a single Month I had completed my first and second full marathons with a half marathon trail run tossed in the middle.

They don't call California the 'Golden State' for no reason.  Most of the year this desert state is covered mostly by dead grass; except, around March when it rains and everything turns green and flowers.  March is a great month to be in California and running the hills. 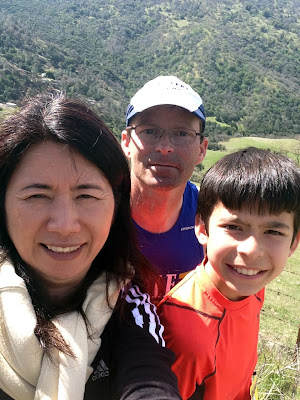 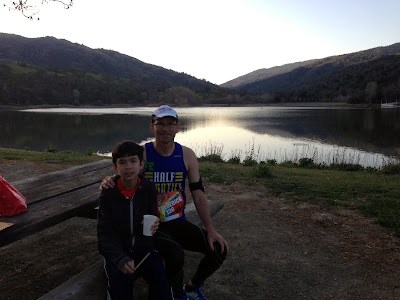 Start of the race with a motley crew of trail runners getting antsy and wanting to hit the trails. 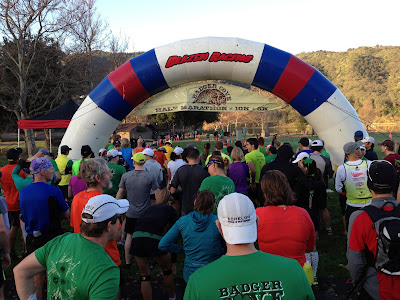 The half marathon is actually two loops around the peak.  Here is one of those long lead ups to the peak.  The Golden State was green that day. And, just in time for St Patrick's Day! 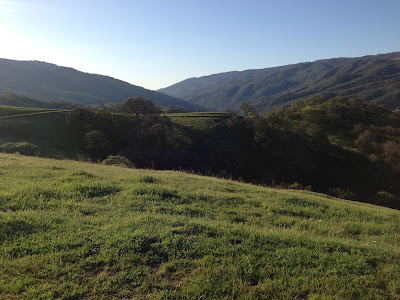 Impromptu pic near the peak of loop one. 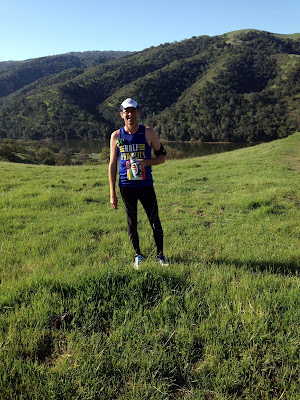 I think this was on the way down from first loop. Unfortunetely, I couldn't get a pic of the actual peak because I was too busy either struggling to get up for crashing my way down the hills.  Del Valle is wonderful for those that like to run hills. 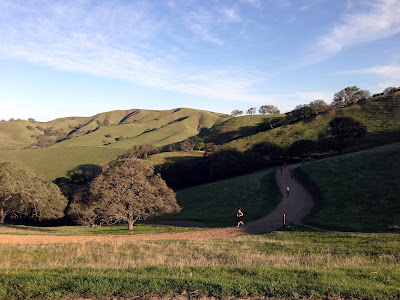 Badger Cove half marathon covered about 2250 feet of total elevation change in 13.1 miles.  I'm pictured here very happy to have finally made it. I think my chip time was 2:22.  Definitely not my  fastest HM but even so hurt my groin going down one of the slopes and spent two weeks recovering. 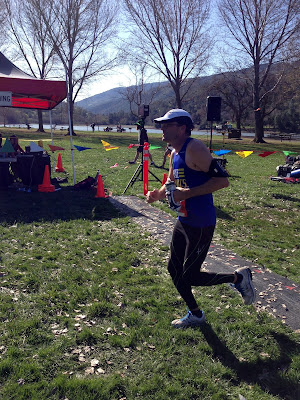 My wife completed the 5k and established her first PR, my second son placed in his age group.    Had celebratory Irish dinner at Grandma's House as an added bonus.  A very nice St Patrick's Day in deed. 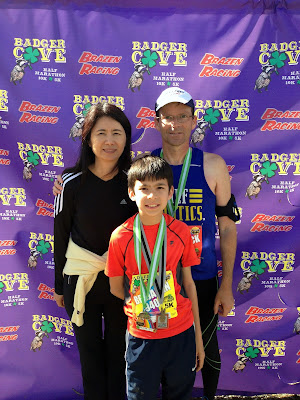